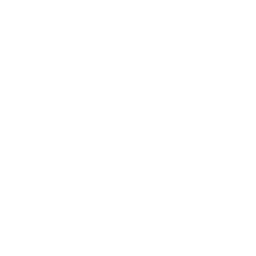 Improving the pass and control, working the body orientation, stimulate the avoid of the marker, visualize the spaces to occupy or release are goals that all coaches want to pursue in their tasks, proposing to theirs players a complete training from the technical, tactical, physical and cognitive point of view.

Juan Solivellas Vidal
Tactics
$29.90
Rondos are task of ball possession in small spaces that allow to increase the intensity without losing sight of the technical and the individual tactic objectives: our players will be subjected to a high cognitive workload with the continual task of reading the situation that they have around and choose the best solution for the development of the game.
RONDOS SPECIAL FEATURES
Rondos is the emblem of the ball possession. Rondos (Piggy-in-the-middle) is a task which is performed in a limited space where the players, placed in predetermined positions, have the goal of keeping the ball trying to prevent the inner defenders from intercepting it.  The rganization of a rondos rotates around the following elements: field dimensions, number of players, playing time, presence of all-purpose players, number of touches allowed, goals. The objectives can be multiple: maintenance, loosing the markers, support, empty, amplitude, change of orientation, game speed, intensity, numerical superiority / numerical inferiority, body orientation, pass lines, etc. Creating different models of rondos by modifying the characteristics will allow us to vary our sessions without being repetitive, in a way that motivates the players always practicing new tasks.
WHY USING RONDOS?

In order to build a good possession of the ball, rondos is one of the first tasks that we will have to propose. Rondos is ideal for working all types of possession. The fact that the goal is not presented let the team to get used to play without the anxiety of wanting to reach the goal quickly, a behaviour that represents one of the common problems seen on the soccer fields: the players have a single direction, the goal, but often the fastest way to get there is nor a straight line. An example of this different strategy may be the moment we play against a team that in advance is superior to us: in this case it’s better not to force the actions and choose a maintenance ball possession, trying to turn the maintenance into a dangerous action only when there is no big risk. In this way the opponent will have fewer chances of goal since the possession of the ball will be ours.

Soccer players must to understand that only individual growth allows the team to success, but the most complicated thing to transmit is that success is not win at any price: it is necessary to win by applying everything that has been learned in training, applying the principle that says that if we are perseverant, if we learn to manage the ball in the better way and if we know what to do with it, our game will make us have fun and will entertain to the viewers.


What is an e-Video?
It is a protected video file that will appear in your 'My Videos' page with timely unlimited access.